1 You’re Not Salting The Water Enough

We’re all getting a bit funny about salt aren’t we? High salt and sugar processed food has led to a bit of a health crisis in the West, and our governments are telling us we shouldn’t be putting any salt in our food. No! Salt your pasta water well, just don’t eat weird luminous food-like products that somehow survive for a decade in ambient temperatures without going off. If you’re not salting your pasta water well, you’re literally not seasoning your food, and it won’t taste of anything. You’re not actually eating most of the salt, the process of osmosis is just ensuring that the pasta absorbs a little to boost its flavour; the rest will get poured down the sink when you drain it. A teaspoon per litre is a good guide, or just keep sprinkling it in until it begins to taste a bit like seawater!

2 You’re Putting too Many Ingredients in

If I see one more handful of rocket or squeeze of corn-syrup rich ‘Balsamic glaze’ plastered all over a pasta dish….GRRRR! Chill with all the ingredients people! Italian food really does benefit from a ‘less is more’ approach. Buy really good ingredients, then allow them to shine and speak for themselves. Put down the onion, the mixed dried herbs, the vinegar and the peppers; most good pasta sauces are honestly 4 or 5 ingredients max. This is how you create balance of flavour, as opposed to just crowding the hell out of it and eventually making it taste of nothing. As a general rule, start with some oil and a clove of garlic, then build a few flavours on top of that…some tomato and a bit of basil for example. There really is no need for onion in most sauces. Some of the best seem unfeasibly simple: Aglio, olio, peperonicino (oil, garlic, chilli), the famous Carbonara (egg, cheese, pancetta - don’t you dare put any cream in there), or Cacio e Pepe (Pecorino cheese and black pepper). 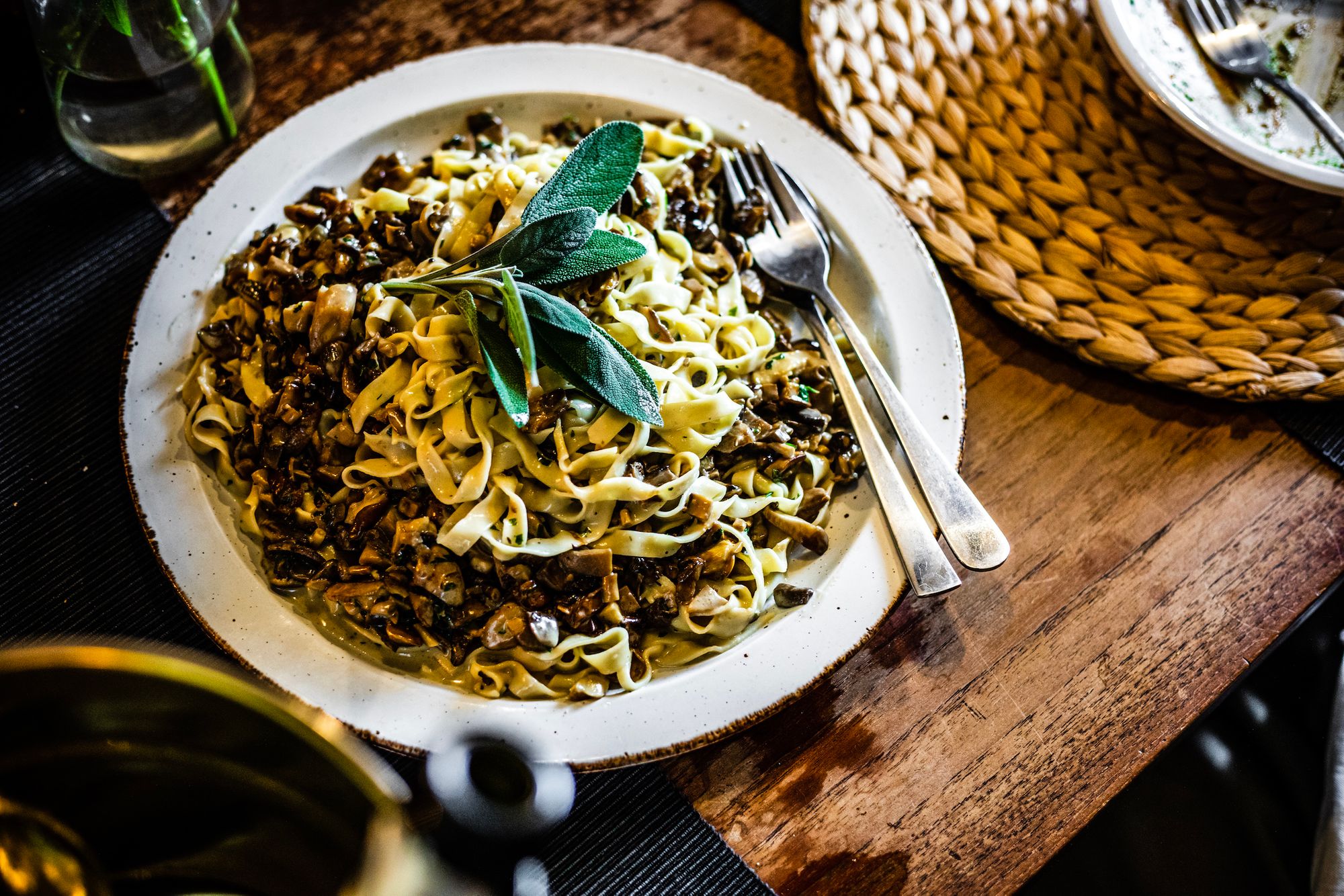 3 You’re Not Finishing the Pasta in the Sauce

While your pasta is cooking in the water in one pan, have the sauce in another ready to go. Slightly before the pasta is cooked, pull it out with some tongs or a big slotted spoon and put it into the sauce. Simmer it in the other pan and your pasta will finish cooking in the sauce, absorbing its flavour as it does so. This means you will also be able to regulate the consistency of the dish as a whole. If the sauce is too watery and the pasta is swimming around in it, you can reduce it over the heat until it’s nice and creamy. It must be a creamy and thick consistency (‘cremoso’) otherwise the sauce won’t cling to the pasta, instead it will slip off and you’re supper won’t have any flavour! If it’s too thick, you can add a spoon of pasta water to loosen it a little, making it nice and cremoso. This brings us on to my next tip.

4 You’re Not Using the Pasta Water

As just discussed, adding pasta water to the sauce allows us to regulate its thickness. It also has some other vital roles. The starch that the water has taken on in the cooking process will also enhance the aforementioned creaminess in the sauce. Excuse me while I get a little science-y for a second. The starch-rich water will mix with whatever fat (olive oil, butter, pork fat etc) you’re using and create an emulsification - this is the process behind mayonnaise, hollandaise etc. This emulsification gives us a thick silkiness that will cling to your penne or spaghetti and create ultimate pasta heaven. Finally, the salt from the pasta water will also give the sauce a seasoning boost. Taste your sauce before you go too crazy though, if it’s already salty then too much pasta water may push it over the edge.

5 You’re chopping the garlic up too much

Ok so this is something I myself only just started embracing. Instead of crushing or finely chopping your garlic for the sauce, just peel a clove or two, leave it/them whole and give it/them a little bash on the side. Then chuck the whole clove(s) into the oil at the beginning of the sauce-cooking process. This means we create a nice garlic background flavour, instead of making garlic flavour pervasive throughout the dish. A further benefit is that as you cook, you can taste as you go along, and pull out the clove when you feel the zing of garlic getting to where it should be, stopping it from becoming too strong. This ability to regulate and control the dish as it develops is what great cooking is all about.