Sweet bell peppers, yellow, red or green, are one of summer's greatest vegetables. Let's celebrate one of the capsicum family's superstars, wonderful in so many dishes and at their best in the hottest part of the year.

We've got a little food history, some top cooking and pairing tips, super interesting nutritional info from CED's favourite nutritionist Emily Moreton, plus a beautiful recipe from Italian chef and friend of CED Fabrizia Ricotta; he prepares them how his grandmother did, and serves them with a beautiful whole lemon sole fish.

Where did they come from?

Bell peppers are loved all around the world these days, but until around the 16th century when Columbus starting doing his thing in the 'New World', they were relatively unknown outside South America. Studies have shown the the majority of capsicum strains, including spicy chillies, are native to an area along the Andes in the north-west of the continent.

There is evidence of peppers being cultivated, in Ecuador, almost eight thousand years before christ!

When Colombus returned to Europe with his discoveries, the chilli peppers he brought from South America reminded people of the heat of the spice black pepper, so the name was applied to them too!

However bell peppers are the only member of the capsicum family that doesn't contain any capsaicin - the compound that gives chillies etc their heat. Indeed we value them for their fruity sweetness rather than heat. Yellow, orange and red are the sweetest, while green are grassier and more bitter; white and purple varieties can be found too, and they can be even more bitter still. 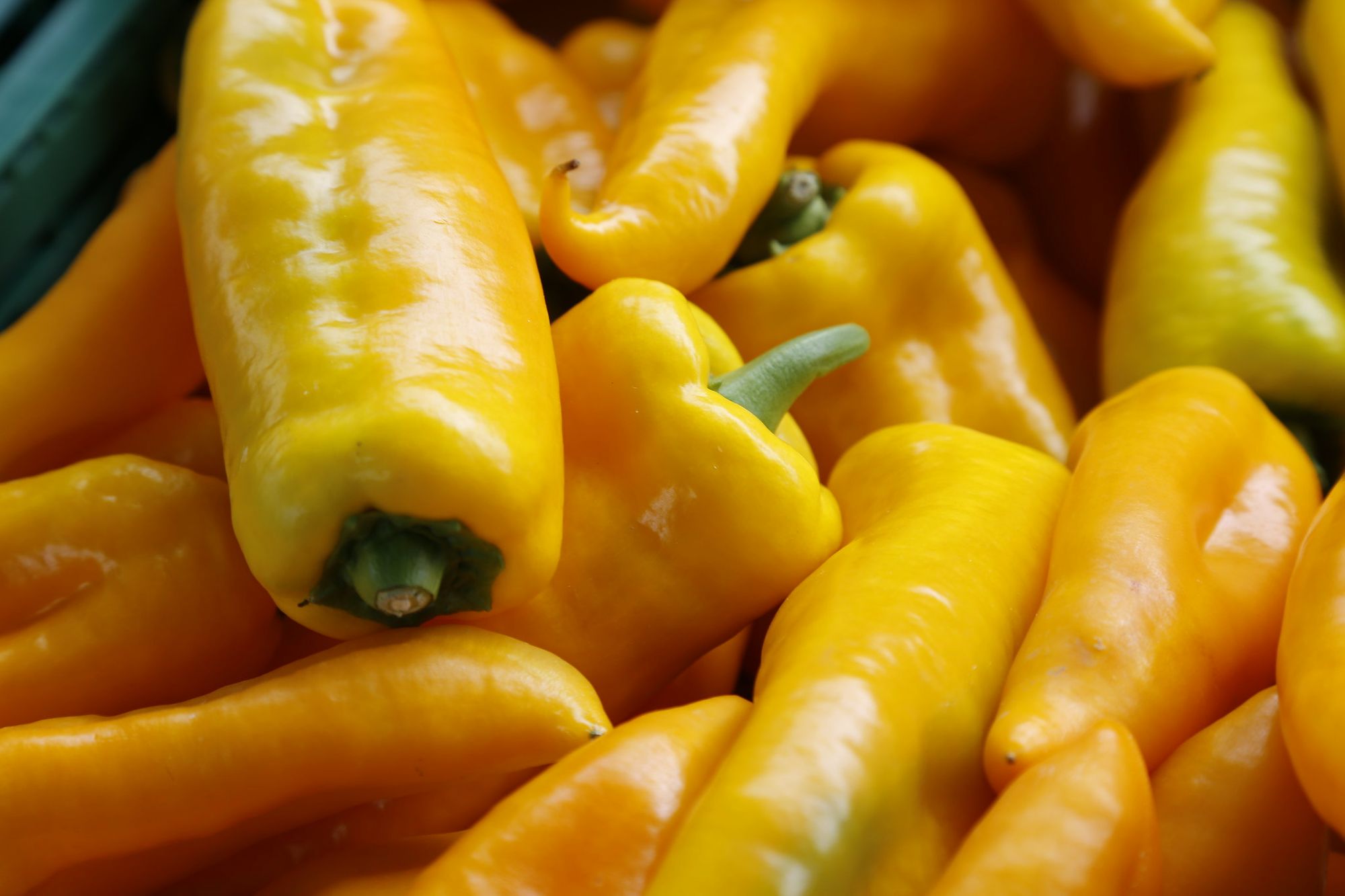 Why are they good for you?

Emily Moreton, The Nutri Nurse tells us: "For a portion of peppers to count as 1 of your 5 a day, you will need to eat 80g; this will get you a staggering 130% of your recommended daily vitamin C intake. Vit C helps to protect cells and keep them healthy, maintain healthy skin, blood vessels, bones and cartilage and helps with wound healing. Furthermore, it helps us to absorb iron. You can’t store vitamin C in the body so therefore we need to get it from our diet every day. So eat your peppers!

Peppers are a nightshade vegetable and it seems to have become trendy for some people to eliminate nightshades for ‘health’ reasons, claiming that harmful substances found in them may contribute to diseases. But the research is not conclusive and nightshades are in fact super nutrient-dense foods that provide health benefits through their vitamin, mineral, fibre, and antioxidant content. Switch up the colours of your peppers for a range of phytonutrients! ❤️

What do they go with?

One of the main flavour profiles you get from bell peppers is sweetness of course; sweet always works well with salt and fat, and therefore there are lots of great examples of dishes using peppers with meat and fish. Pollo alla Romana is a summer Roman dish which cooks peppers and chicken slowly together, often with a little dry white wine and tomato - delicious! Perhaps that bitter note that peppers sometimes have creates balance in such dishes too. A delicious dish is most often a well balanced dish, and that means having most of those taste elements on the plate - sweet, salt, sour, bitter, umami.

Fabrizio uses them with fish to great effect in our featured recipe - see below! He also chars the peppers, and this leads us on to another great marriage - peppers and smoke. When capsicums' deep sweetness meets smokiness, something magic happens. Any good barbecue should involve peppers, and in the kitchen we often prepare them by blackening the skins, before peeling them to reveal meltingly soft and flavourful flesh inside. 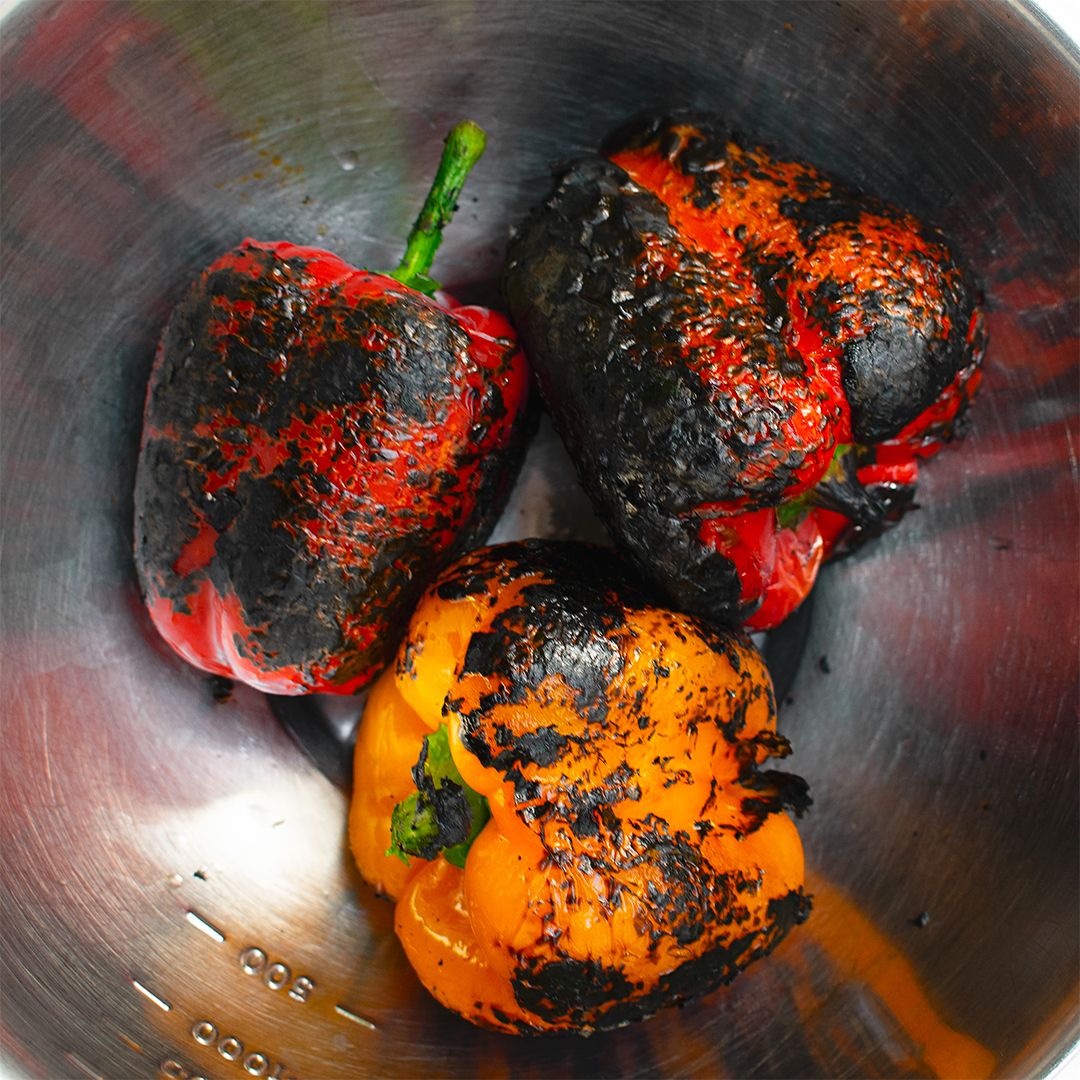 They form part of the 'holy trinity' with celery and onion as a base of creole and cajun cooking, and they go very well with spice. Think how often they pop up in your jalfrezi and other curries, or in your chicken fajitas. So throwing a little chilli, cumin, coriander etc at your peppers is almost always going to end well.

We mentioned fajitas above; they're obviously a regular in Mexican and Latin American cooking, and therefore as well as spice can often be seen working harmoniously with beans and other pulses too. It's a super versatile vegetable, and will pair well with dishes involving eggs, like omelettes and frittatas. Cheese often goes well too, some sharp and salty young goat's cheese for example.

Chef and friend of CED Fabrizio Ricotta got inspired by his grandmother for this dish, he cooked the peppers the same way nonna Provvidenza used to cook them during the hot Italian summers.

The peppers are blackened so that the flesh underneath becomes sweet and smoky, before being peeled and perked up with garlic and parlsey...summer heaven! Fabrizio paired the peppers with a beautiful and delicate lemon sole. It's a simple recipe that focuses on treating the ingredients with respect and allows all the elements to shine! If you find lemon sole hard to find or expensive, it would work well with plaice, bass, or most other white fish! 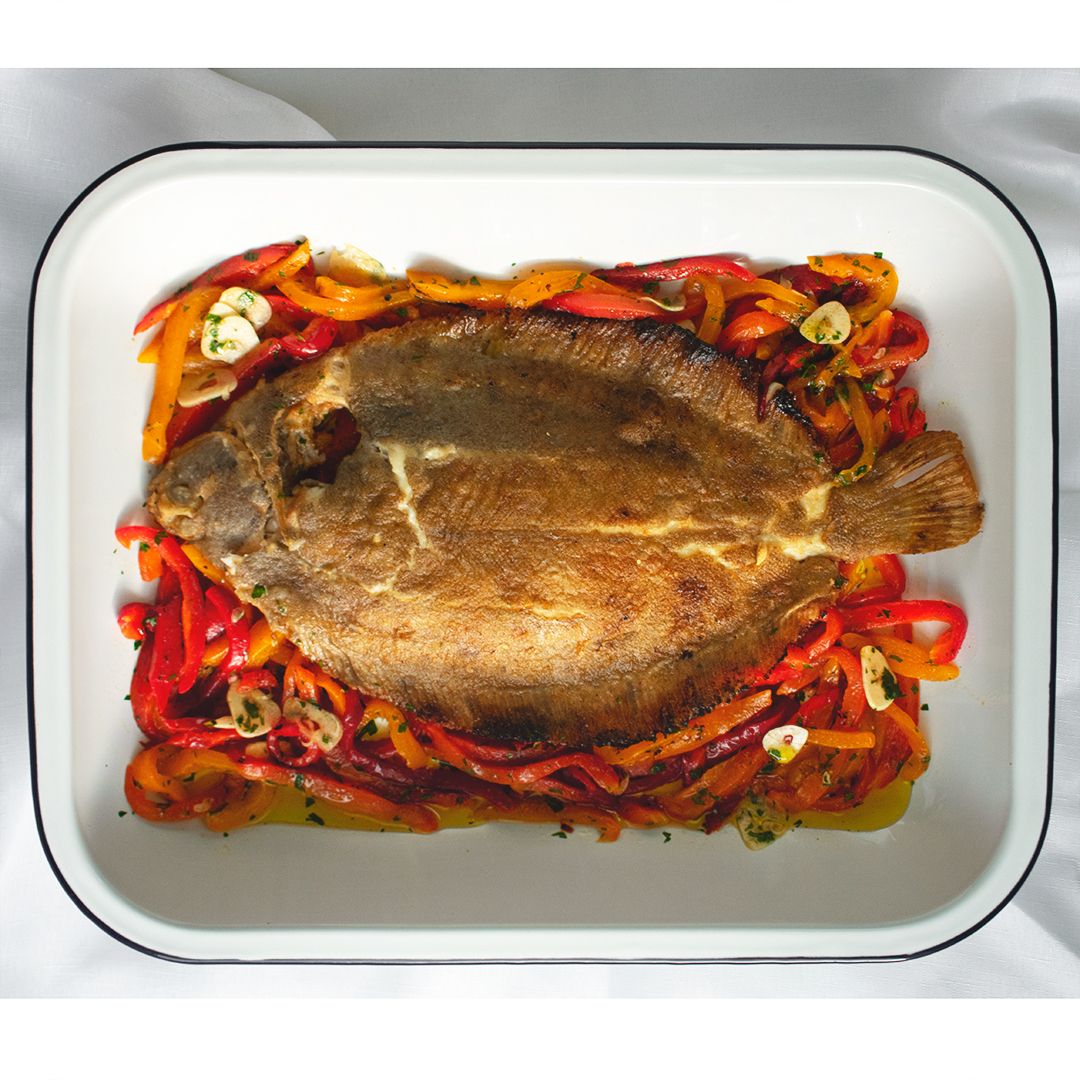 2. Let the peppers rest in a bowl covered with cling film, all the residual heat will cook the peppers from the inside and the steam will help the skin separate from the peppers. Once the peppers have reached room temperature peel the black skin, then open them and rinse underwater to remove all the seeds.

3. Allow the peeled peppers to dry a little and then cut them into thin strips. Slice the garlic cloves as thin as you can. Season with salt and black pepper. Roughly chop the parsley and mix all together.

4. Heat the remaining oil in a large frying pan on a medium-high heat. Gently coat the fish with flour. Pan-fry the lemon sole for 3 minutes per side then add butter at the end. Let the butter foam and then cook for another 2 minutes per side. Be careful when you flip the fish as it can break easily! Finish in the oven at 180C for 6 mins. Sprinkle with Maldon salt on top and serve with those fantastic peppers! 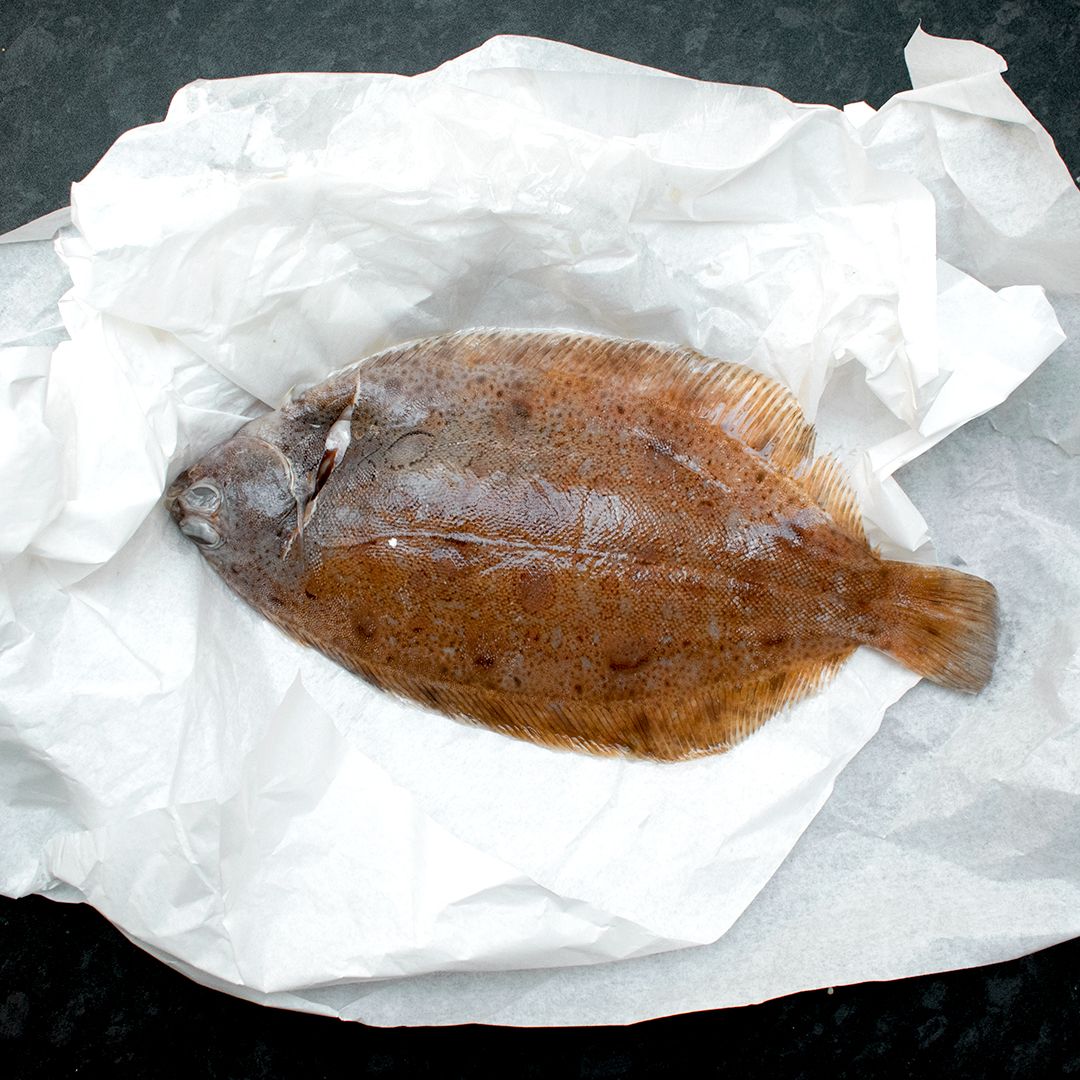